Why do we fish in spawning season? 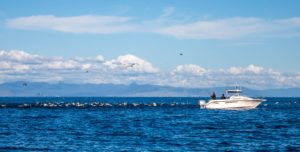 This is a question we hear every year, particularly in springtime.

Most fish species have developed breeding strategies adapted to take advantage of favourable environmental conditions. This involves releasing far more eggs into the water column than necessary, over an extended period, to ensure some juveniles find just the right environmental and forage conditions. For example, snapper spawning success depends on a range of environmental factors such as weather conditions, water temperature and having the right food and shelter at critical life stages.. These factors can hugely influence the spawning success. Research indicates a season with warmer waters may increase the number of juvenile snapper that survive the first year by 10 to 20 times, and that this is not directly reliant on the number of eggs produced from the population. 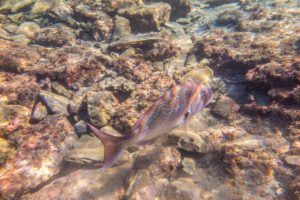 Another question to think about is, what is the difference between taking a mature female snapper during spawning season and taking one a week before spawning season? Or even 6 months before for that matter? It is all reducing the overall number of breeding adults. The situation is different for blue cod, however, who change sex from female to male if the dominant male is removed. There is a closed season for recreational fishers in the Marlborough Sounds from 1 September until 20 December. This is to support the reproduction of blue cod by reducing disruption to spawning behaviour and reducing catch numbers at that time.

Spawning times for fish also vary, not just between species, but between areas and years or even just between individuals in the same area. Snapper, for example, may spawn multiple times per season between October and the following March. That is just one species, where would the line between open and closed be drawn to cover the variability in spawning behaviour and to maintain reasonable access to the fishery?

Moreover, what areas would we close? Fish species around New Zealand use a wide range of habitats to spawn. Currently, we have sparse information on spawning areas for many inshore species. Would fishers want large coastal areas closed for long periods of time to protect spawning fish, possibly for little benefit?

Area closures aimed at protecting spawning on species, like snapper, may, in fact, have an adverse effect if people are permitted to continue fishing for other species. For example, where in the Hauraki Gulf could you avoid catching snapper in the spring and summer months? Unless people used the correct handling and release techniques an area closure to snapper fishing may still lead to snapper mortality, due to the sheer numbers of fish caught and released. 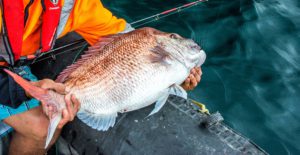 So far we understand that environmental factors play a significant role in successful breeding. In comparison, the practice of fishers releasing large fish in spawning season would seem to have less impact. There is some evidence from overseas that the stress of catch and release is greater on fish in spawning condition. However, releasing large fish that are in good condition is generally good practice regardless of the time of year.

Limiting the harvest of large fish whose genes have successfully navigated it to a significant size and status in the population means its genes are valuable. If we can help those genes endure by releasing the fish successfully rather than killing it, that can only do good for our fishery.

Another pragmatic approach is to ensure the fishers of New Zealand are educated on how to reduce their unintended impact on the fishery, such as avoiding catching juvenile fish, as well as considering the release of large, genetically valuable fish.

The argument to stop fishing during spawning season is often based on conservation concerns. There seems to be wider public acceptance of the need to conserve inshore fish stocks so there is abundance and fish for future generations. The data for snapper however, does not show that spawning season closures would have a meaningful benefit over and above the natural variation in environmental conditions.

There is some evidence for limiting catch and release of spawning fish, though more work is required for snapper.  However, given that snapper spawn several times over a period of months, as a response to environmental factors and not a particular month of the year, it becomes difficult to develop a clear policy that will improve recreational fishing.

There are a number of ways fishers can support healthy fisheries for the future.